Beautiful gestures from Muslims in Australia amidst bushfire crisis

Searing temperatures and strong winds have fuelled a series of intense bushfires across Australia. Since the massive fire began ravaging the country, twenty-four precious lives have been taken, hundreds of homes have been damaged, thousands have been compelled to evacuate their homes, half a billion animals have perished and a staggering six million hectares of land have been obliterated.

In the grips of the massive wildfire disaster, our Muslim brothers and sisters have devised unique ways to ramp up relief and recovery efforts. Helping another human is a fundamental principle of Islam and we are heartened by those who have gone out their way to make a difference. Here are some measures they have taken to alleviate the crisis.

A group of Muslims in Sydney travelled 200km to donate 20 pallets of water which is equivalent to 36,000 bottles of water to distraught victims and courageous firefighters. The ‘waterboys’ from Synergy Scaffolding Services loaded up trucks with 20 pallets of water and made their way to NSW’s Shoalhaven region on Friday. The idea struck boss, Sam Soukie, when he learnt about a benevolent individual’s effort to ameliorate the situation simply by travelling down with only a ute filled with water. After all, a little help goes a long way.

Apart from that, more than 50 men, women and children congregated at Bonython Park, Adelaide to pray for rain to bring respite from the bushfires. A khutbah given by Professor Mohamad Abdalla on that fateful day reiterated repentance and reliance on god who is the merciful provider.

In December, a group of four men from Sydney’s Muslim community in Auburn made 10-hour round trips to Willawarrin to prepare a meal for the community after fire set the small town ablaze.

“We can’t fight fires but we can put a barbecue on. It’s the least we can do, to try to help the community and help everybody up here and put a smile on everybody’s faces.” Jawad Nabouche shared with an ABC reporter.

In addition to that, the Kateb Hazara Association, an Afghan community group, made a generous donation of AUD18,252 to the Rural Fire Service.

The fires are anticipated to get worse in the following days and are dreaded to present further danger to residents and responders. As Australia continues to burn, this is the moment we must come together to render assistance.  Like our fellow muslims who have made a significant difference, we can do our part too.

How can you help?

Whoever removes a worldly grief from a believer, Allah will remove from him one of the griefs of the day of resurrection. And whoever alleviates the need of a needy person, Allah will alleviate his needs in this world and the hereafter. 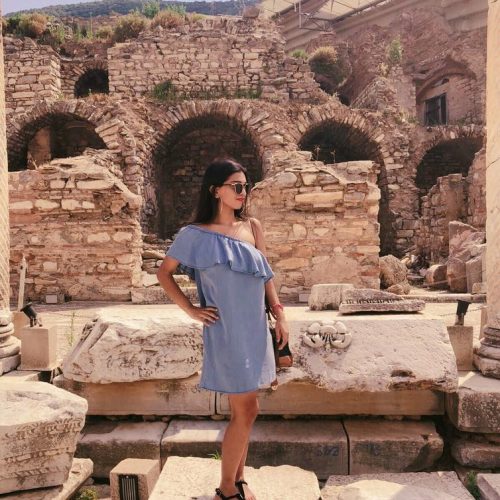 Sakinah has a discerning palate and an innate desire to satisfy her inner curiosity. While she hasn't been everywhere, it's definitely on her list.