“In all my years of dreaming about working on a Hollywood set, I never thought it would become a reality…. It’s a sad by-product of the lack of representation on screen that actors like myself never truly believe in themselves,” – Zoha Rahman

A Hollywood blockbuster film depicting a hijabi woman? This might no longer be a far-fetched dream. 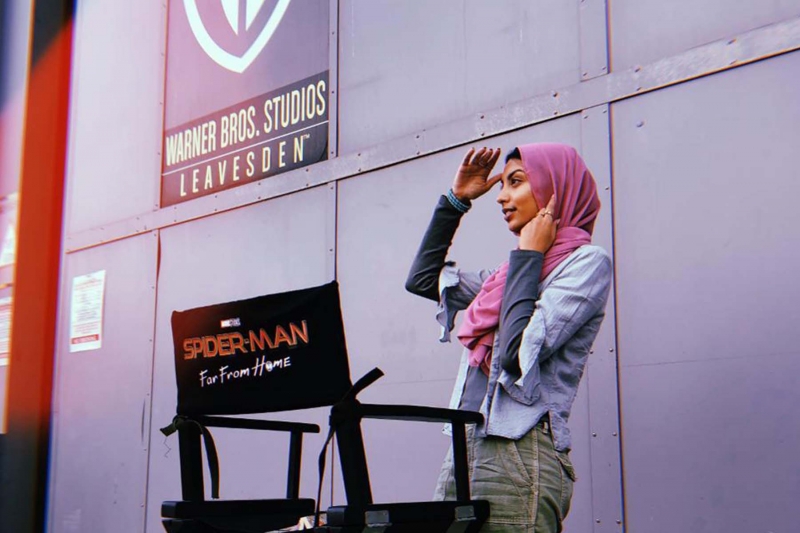 In the latest Marvel blockbuster film Spider-man: Far From Home, British actress Zoha Rahman has been making headlines as the first hijabi to star in the iconic series. Her role as Peter Parker’s Muslim friend is officially breaking down barriers in the controversial Hollywood industry. This is no doubt a huge step forward for Muslim representation.

Rahman also personally believes that the representation of Muslims on the big screen leans to a negative one. “I feel like the Muslim identity is used as an agenda in the media, we rarely see someone who is going about their life and just happens to be a Muslim. I do see a change, but it needs to get better on a much larger scale.”

Rahman also felt that this was something that should have happened a long time ago. “We grow up watching television and blockbuster movies,” she said. “And if we don’t see ourselves on those screens, then we don’t really exist, do we?” Initially, Rahman did not know that she was auditioning for the film until she was in the casting room. After signing a non-disclosure agreement, she received a script with the hero’s name front and centre. She then found out that she was going to star in Spider-Man: Far from Home.

Muslim representation in Hollywood films has been scarce and very controversial. For a character to wear the hijab in a blockbuster film certainly highlights the paradigm shift in stereotypical beliefs. Let’s hope this will inspire more Hollywood films to incorporate ethnic minorities!