Many of my Muslim friends would stuff their suitcase with packets of Maggi before they embark on their holidays. Aside from providing a comforting taste of home in faraway lands, these instant noodles are convenient, cheap, and very importantly, Halal.

When Halal food is hard to come by, Maggi comes to the rescue.

The fingers of all Muslim travellers are familiar with typing the words “where to find Halal food…” in the internet browser. Countries with a majority Muslim population, together with cities like Bangkok, Osaka and New Delhi are laden with innumerable Halal eateries. The problem arises in places that are less Muslim-friendly.

I’ve spent months wandering around Europe and I’m roughly familiar with the kind of food options available for Muslim travellers. In cosmopolitan London, you can get just about Halal anything: burgers, steaks, fried chicken, and cuisines ranging from Malaysian, Thai and Chinese to Brazilian. The diversity tapers down in Budapest and Warsaw where Halal food is typically synonymous with Indian, Turkish or Middle Eastern cuisines.

What happens when we get tired of kebabs or if our taste buds aren’t quite attuned to hummus and falafel? We stick to our Maggi, of course!

How about vegetarian or vegan food? 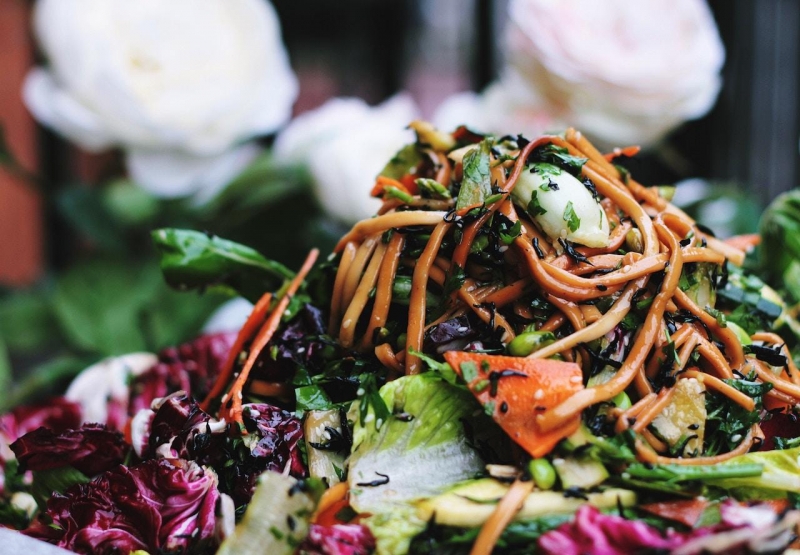 It’s a simple notion, really: Why not look for vegetarian food on top of Halal food?

Vegetarianism and veganism have been picking up speed around the globe in the last decade as more and more individuals champion animal rights and environmental protection. In line with this trend that isn’t slowing down, meat-free dining is adding colour to the food scene as well.

When I search for vegan or vegetarian food, on top of Halal food, my options are much wider and diverse. Amsterdam, Berlin, Prague, Paris and Vienna – these cities have a minimum of 20 fully-vegan restaurants. It doesn’t stop in Europe, of course. New York, Toronto, Tel Aviv, São Paulo, Taipei and Sydney are all considered to be vegetarian- and vegan-friendly too. 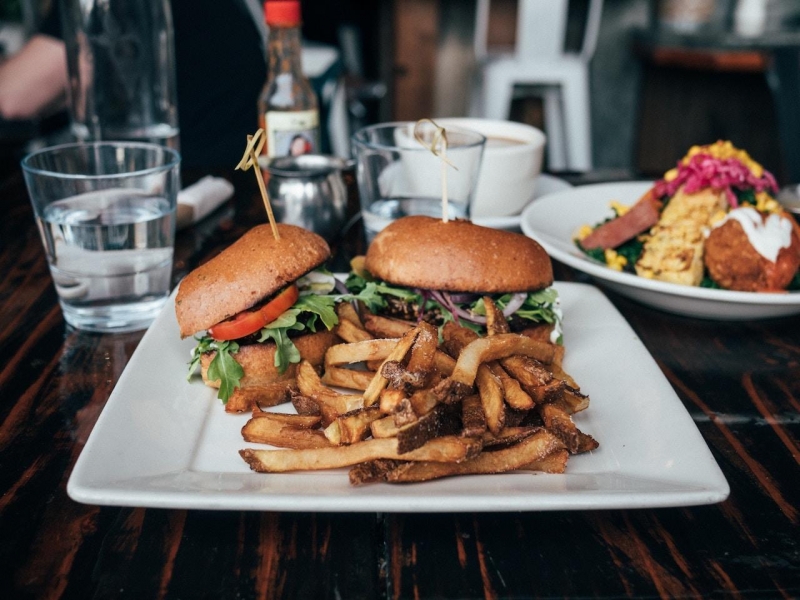 If you’ve been avoiding plant-based foods because you think they’re not delicious, you really should try it a couple of times at the very least.

Given the spread of choices, you’re bound to find something you like, be it vegan pizza, veggie burger or a local traditional dish with a meat-free spin. If you have a carnivorous appetite, look for food that is designed to mock the taste and texture of meat, such as seitan, textured vegetable protein, extra-firm tofu and tempeh. They may not sound particularly appetising on the screen, but trust me, when these plant-based ingredients are placed in the hands of experienced chefs and drizzled with all sorts of spices, what you’ll get on your plate will look and taste scrumptious.

Certainly, it goes (almost) without saying that vegetarian/vegan food is not a subset of Halal food and you’ll still have to check for certain Halal requirements such as the absence of alcohol. But you can rest assured that such options do not contain meat or animal-derived products.

How vegetarianism and veganism ties in with Islam

I once had a conversation with a Muslim friend regarding our diets and its relation to our religious beliefs. She adopts a flexitarian diet, one that is predominantly vegetarian, but with the occasional meat or fish. At that point in time, I had stopped eating meat for about half a year, but I still consumed fish and seafood. (In other words, I adopted a pescetarian diet.)

As we walked to our hostel in Sarajevo under the evening sky, I listened, nodded, and picked up some of the things she talked about. My greatest takeaway was her belief that Islam and vegetarianism/veganism can go hand-in-hand. 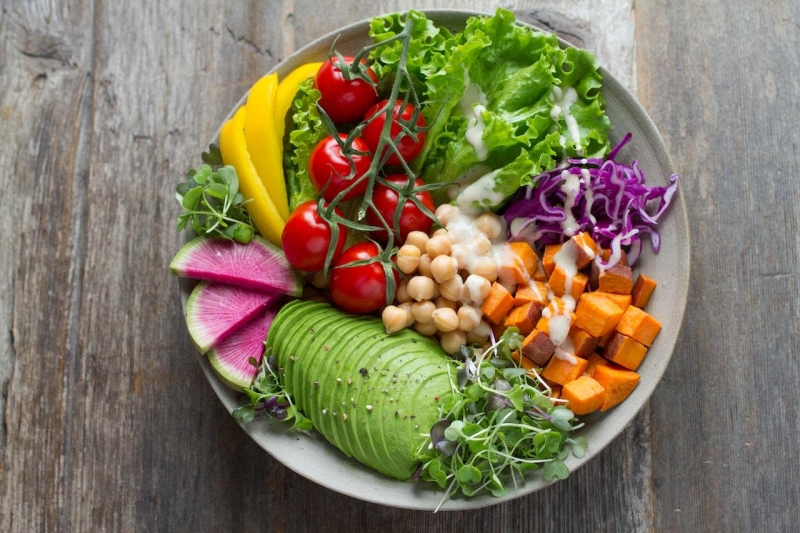 Before I continue, I must assert that I am no expert in matters of religion and I am not here to impose my opinions on you. Rather, I’d like to invite you to think about the issues that I am about to raise.

In the definition of Halal, it is usually the method of animal slaughter that takes precedence, followed by the food preparation. Based on Islamic law, the animal’s throat should be sliced with a sharp knife to sever the carotid artery, jugular vein and windpipe in a single motion. In the process, God’s name should be called by the butcher.

There is also an ongoing debate surrounding the question of whether Islam permits animals to be stunned preceding the slaughter and whether non-stunned Halal meat is ethical… But let’s not go into that. Whatever’s being said on either side, it’s clear that the Halal method of slaughter, in essence, is actually designed to minimise the distress and suffering of animals. 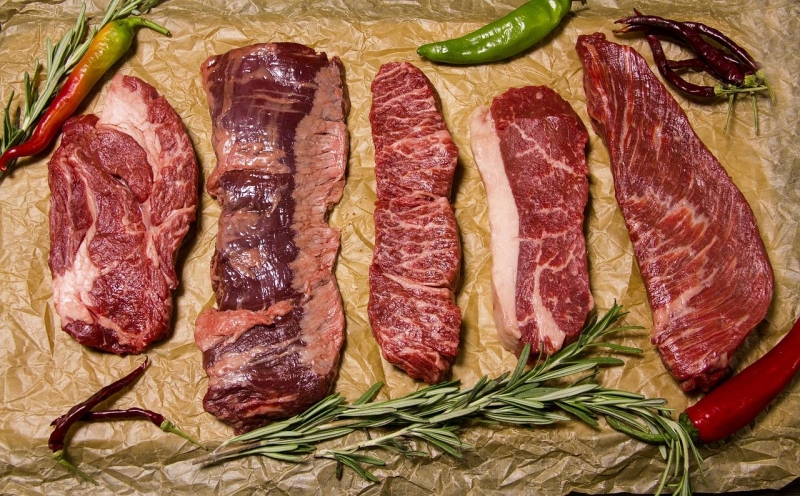 In the hoo-ha of what’s permissible and what’s not, the welfare of the animal before they enter an abattoir is often simply ignored. Let’s not forget that in order for a meat to be considered Halal, the animal should not be mistreated during its life. It must be reared with care and provided with clean water, food, fresh air and enough space to roam.

This is in line with how Islam forbids cruelty toward animals.

But wait – do we really know what goes behind the doors of the slaughterhouses where our meat comes from? Can we ascertain the quality of life of the animals we eat in today’s industrialised and consumption-driven world? How do we know if they were treated with compassion?

This is why I, too, believe that going vegan, vegetarian, pescetarian or sticking to organic Halal meat (if it is available) is not un-Islamic. It might even be contrary to that.

While you are unlikely to make a drastic change in your diet anytime soon, I do hope that you will endorse the pursuit of vegan or vegetarian food while travelling. It’s certainly healthier than Maggi, it possibly supports your faith, and if you need another reason, here’s one: eating less meat is good for the planet.