Islam for Beginners: Important Information Just For You

Put simply, Islam means “surrender” or “submission”. Of course, this word has long referred to one thing – the religion of Muslims. Along with Judaism and Christianity, Islam is one of the three central Abrahamic, monotheistic faiths. Islam is a monotheistic faith, one that proposes that there is only one God and that Muhammad is His messenger.

The Quran is a sacred book of Islam. Muslims believe it to contain God’s words, hence it is the central religious text of Islam. The text consists of thirty chapters, and within it lies information helpful to Muslims. The content spans all aspects of human existence, including doctrine, social organisation and legislation.

Here are six fundamental beliefs every Muslim holds on to:

The Five Pillars of Islam

The five pillars of Islam refer to the basic act that every believer must perform:

Shahada – Refers to Islamic creed, declaring the belief for one God and the acceptance of Muhammad as God’s prophet.

Muslims pray facing Mecca five times a day. These five prayers are scattered throughout the day: at dawn, noon, mid-afternoon, sunset and after dark. Each Muslim who is financially stable must donate 2.5% of their yearly earnings to the poor. It’s believed that paying zakat is a way that Muslims purify their own wealth, gaining God’s blessings for the wealth to multiply in goodness. 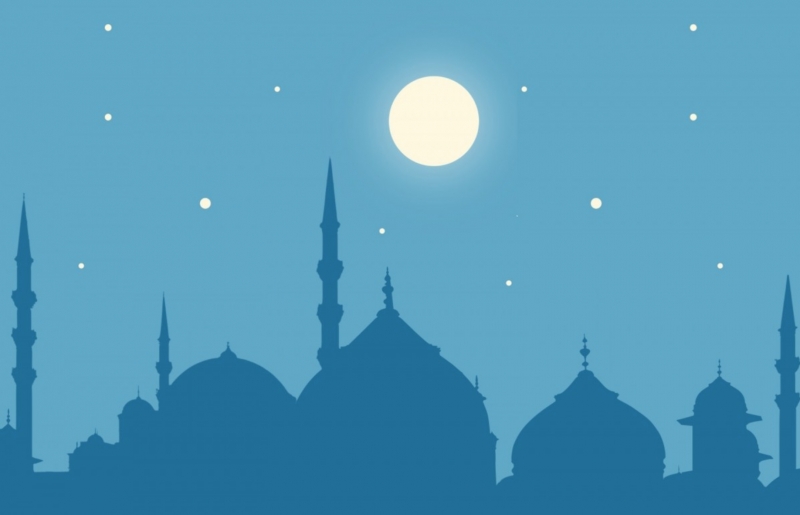 During the month of Ramadhan, all healthy adult Muslims abstain from food and drink by fasting. This is also a month of increased and more focused practice of faith, encouraging a renewed spiritual state. By sharing the hunger and thirst of the less fortunate, this serves as a reminder of the religious duty of helping others.

Also read: Ramadan and Islam: Why Do Muslims Fast? Each Muslim has to complete the holy pilgrimage to Mecca at least once in their lifetime, provided they are financially able and healthy to make the journey. Standing at the centre of the Al-Haram Mosque in Mecca is the Kaaba, a cubical structure Muslims believe Abraham to have built as the House of God.

Also read: What Is Hajj and Why Is It Important to Muslims?

When you fathom these basic principles and guidelines, you will understand that Islam is all about simplicity and practising what’s right in the eyes of the religion. This is just a stepping stone before you delve deeper into the intrinsic theories and ideologies.

Previous ArticleHalal Food in Jeju: 15 Places to Visit When You're Hungry
Next ArticleTravelogue with Shahdan Sulaiman, Singapore's National Midfielder