10 Largest Mosques in The World to Visit

As the number of practising Muslims increases, the holy sites where Muslims fulfil their prayer duties are also expanding. These mosques are absolutely breathtaking and boast such lovely architecture. Here’s a countdown of 10 of the largest mosques in the world today! Ladies, be reminded that you’ll have to don a scarf before entering the mosque’s premises. 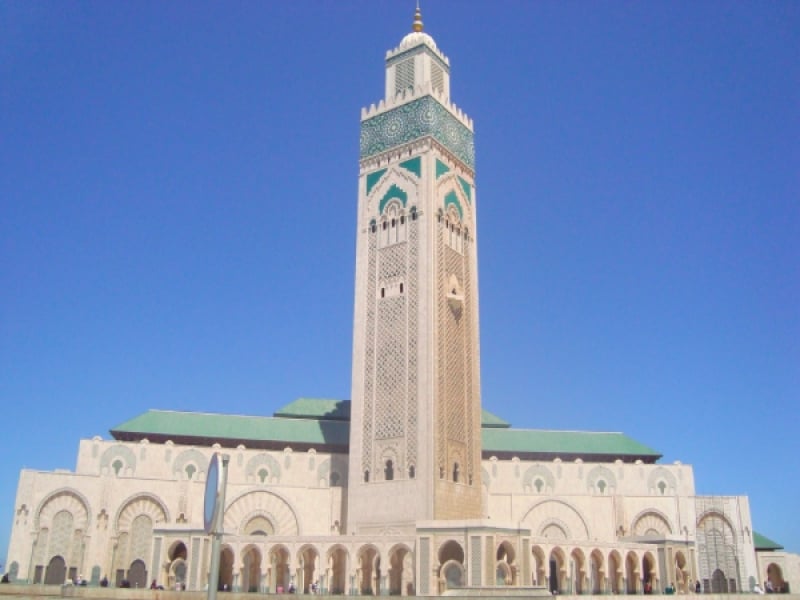 Located in Casablanca, Morocco, Hassan II Mosque is the largest in Africa and boasts the world’s second tallest minaret. The mosque majestically rests over the Atlantic Ocean, with part of the mosque on land and the rest over the ocean. Fun Fact: At the top of the minaret, there is a laser directed towards Mecca.

The building holds a capacity of 105,000 and was completed in 1993. It was built to honour the departed king, King Mohammed V, and the construction estimated to come up to about €585 million! 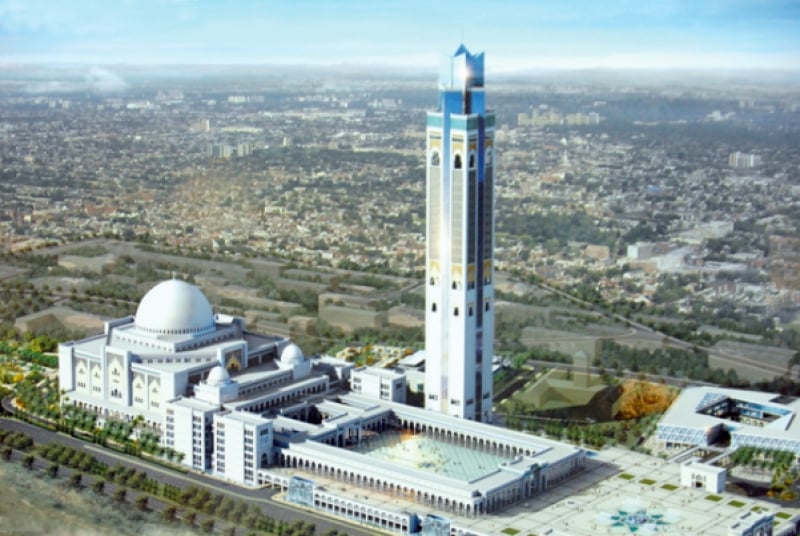 Djamaa el Djazaïr, better known as the Great Mosque of Algiers, is home to Africa’s tallest minaret and is located in Algiers, Algeria. Just completed recently, this mosque houses an observation deck atop the 37-storey high minaret. The complex of this mosque includes a Koranic school, library, restaurant, amphitheatre and a research centre dedicated to the history of Algeria.

Located just six kilometres from Qom, Iran, Jamkaran Mosque is one of the most popular mosques. There is a comfortable, separate space for men and women within the area. With a big spacious yard, the mosque’s area is also used for many religious ceremonies including Ashura and Imam Mahdi’s birthday.

Taj-ul-Masajid in Bhopal is also one of the largest mosques in Asia and the largest in India! The mosque has a pink facade with 18-storey high minarets. Holding a capacity of more than 175,000, Taj-ul-Masajid literally translates to Crown Among Mosques.

Housing three domes and two minarets, the masjid is open on all days. On Fridays, however, non-Muslims are not allowed inside. Since Bhopal is well connected to Delhi and Bombay, it’s pretty easy to access this iconic mosque.

The largest mosque in Southeast Asia, Istiqlal Mosque, is also the national mosque of Indonesia. The mosque was named ‘Istiqlal’ to commemorate Indonesia’s independence. Located conveniently between Merdeka Square and the Jakarta Cathedral, this mosque was first opened to the public in 1978 by Indonesia’s first president, Soekarno.

For non-Muslims, you can visit all the areas of the mosque except the main room with red carpets (for worshippers). There is also a guided mosque tour which educates visitors about the Islamic method of worship and history of the mosque.

Located in India’s Lucknow, Bara Imambara includes the large Asfi Mosque, the Bhul-bhulaiya which is the intricate labyrinth and Bowli, a stepwell with running water. Built by the Nawab in a famine relief programme, Bara Imambara is a fascinating building which houses interesting elements within it. It is rumoured that there are 1,024 ways to reach the terrace but only one way to come back!

Bara Imambara is best known as a monumental architectural wonder with its unsupported ceiling. The mosque itself, Asfi Mosque, is the only one built in the Mughal style of architecture without any European influence.

Imam Reza Shrine is the largest mosque in the world by area. Within the complex are the mausoleum of Imam Reza, the Goharshad Mosque, a museum, a library, four seminaries and a cemetery amongst other buildings.

This same complex is also one of Iran’s top tourist hotspots and labelled as “the heart of the Shia Iran”. The shrine itself spans an area large enough to hold over 600,000 worshippers. There is also a free guided tour for non-Muslims who are interested in the history of the area.

Imam Ali Mosque is located in Najaf, Iraq and attracts millions of pilgrims each year. The holiness of the city is best felt in this large area, especially in the evening when the prayer call echoes from all corners. Completed in 997CE, this historical architecture is the burial site for Shia Muslims’ second most important figure.

This mosque is also known for its gargantuan dome which is 42 metres high and covered in 7777 gold-painted brick slabs. The sides and back walls are also covered with turquoise mosaics.

First established and built by Prophet Muhammad, Al-Masjid an-Nabawi is now one of the largest mosques in the world. Located in the city of Medina, this grand mosque is the second-holiest site in Islam and is remains open 24/7.

The mosque’s location is right at the heart of the city with many hotels and old markets around. This mosque is also a major pilgrimage site for Muslims all around the world. For many pilgrims who perform the Hajj, they continue to go on to Medina to visit the mosque.

Also known as the Haram Mosque, the Great Mosque of Mecca is the holiest site for all Muslims around the world. The mosque is built such that it surrounds the Kaaba and is located in the city of Mecca, Saudi Arabia. This mosque is also home to many other significant sites such as the Black Stone, the Zamzam Well, Makam Ibrahim and the hills of Safa and Marwa.

This is the largest mosque in the world, able to hold up to 1.5 million worshippers and is 365,000 square metres in size. It also has six minarets all standing at about 89 meters. The Great Mosque of Mecca has also undergone many numerous major renovations and expansions throughout the years.

Over the years, it has also passed through the control of various caliphs, sultans and kings. Now, it is under the control of the King of Saudi Arabia who is also titled the Custodian of the Two Holy Mosques – the Great Mosque of Mecca and Al-Masjid An-Nabawi.

Also read: 15 of the World’s Most Beautiful Mosques

Previous ArticleWinter Wonderland in Dubai: Fireworks, Festivals, Food and More!
Next ArticleMosques in Phuket: Here's Where to Pray