What is Tarawih & Its Significance?

Tarawih is not obligatory but still of utmost importance. It is practised by most Muslims even till now as it amplifies the sense of individual spirituality and unity within the community.

Performed only in the month of Ramadan, Tarawih is usually done after Isya’ prayers either alone at home or in congregation at the mosque. Since the Islamic day begins at sunset, the first Tarawih of Ramadan will be performed the evening before the fast actually begins.

How to Perform Tarawih

A common practice in many mosques is when one juz’ (part) of the Quran (the whole Quran comprises 30 juz’) is recited each night in Tarawih. By the end of the month, the entire Quran would have been completed. Hence, performing it in the mosque makes the experience more meaningful, especially if one is able to do so every night and hear the whole Quran recited during the month.

Tarawih does not have to be performed immediately after Isya’ prayers. Muslims can postpone it till later as long as it is done before Fajr prayers the next morning. But in a mosque, it is performed after the people have prayed two raka’ahs of Sunnah following the Isya’ prayer.

Also, Witir prayers are commonly performed after Tarawih prayers. As a gauge, if one juz’ is recited in a mosque, the Tarawih will last for one and a half or two hours. Tarawih may be as long or short as you like, depending on your ability to read or recite and your energy level.

Also read: Ramadhan 2019: 7 Ways to Prepare for the Fasting Month 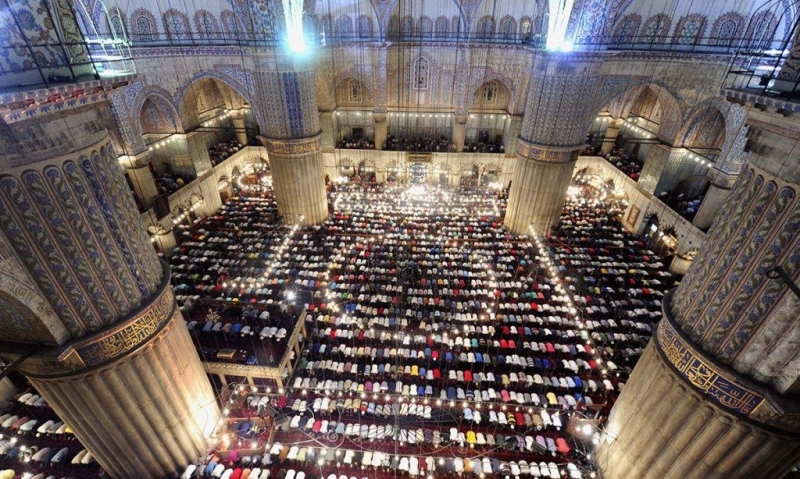 There are numerous physical, health and spiritual benefits that you can reap from performing Tarawih. Just before the iftar meal, blood glucose and insulin levels are at their lowest. After iftar, the blood glucose level continues to rise from ingested food. Blood sugar reaches high levels in an hour or two, amazingly right when the Tarawih comes into effect. The circulating glucose is then metabolised into carbon dioxide and water during the prayers.

Hence, Tarawih helps expend extra calories and improves flexibility and coordination, reduces stress and relieves anxiety and depression. The gentle movements performed during the prayer improve physical fitness (without the undesirable side effects produced by other forms of exercise), emotional wellbeing and increases longevity too.

Ramadan is the holy month when any and all good deeds, no matter how small or insignificant, are rewarded manifold. No Muslim should let such a golden opportunity slip by especially if they are still able to fulfil the requirements.

Standing with the Imam and reciting the Quran in the Tarawih is a noble act of patience and resilience. The offering of Tarawih prayer is a fantastic chance to add on to your list of good deeds whilst maximising on this holy month and its blessings.

Also read: Ramadan Around the World: How Muslims Observe The Holy Month

0 0 0
Previous ArticleBurj Khalifa and Dubai Skyscraper Residents Must Fast Longer During Ramadan
Next ArticleMothers' Day: 5 Lessons I Learnt After Travelling With My Mum