Islam and the Environment: The Importance of Being an Eco-Friendly Muslim

Climate change and global warming are hot-button issues that have been debated and argued about rampantly. From the Paris Agreement to the Green New Deal, green activists have been calling out to corporations and everyday citizens to reduce pollution by eliminating single-use plastics and decrease their carbon footprint. But did you know that being eco-friendly is also part of your deen as a Muslim?

Corruption has appeared on the land and in the sea because of what the hands of humans have wrought. This is an order that we give them a taste of the consequences of their misdeeds that perhaps will turn to the path of right guidance. (Quran 30:41)

Why does Islam encourage Muslims to be eco-friendly?

As mentioned in the Quran, man will and have negatively impacted the planet in pursuit of natural resources and our capitalistic markets. In his book Green Deen, Ibrahim Abdul Matin illustrates the “Green Deen” which advocates for Muslims to become good stewards or Khalifas of earth, and ensure the Mizan or balance of the earth is maintained. He reiterated that as Muslims, we should view the Earth as a mosque. How Muslims would care and love our places of worship is how Muslims should treasure the environment and Earth as a whole. Everything around us including humans are created by God and thus, to treat the environment poorly is to deny the signs of our Creator.

How are Islamic practices connected to the environment?

The most distinctive feature of Islam related to food is the concept of halal. Halal means what is permissible or lawful in Islamic law. Although it could be applied to beauty and cosmetics, halal food has been at the forefront of the halal industry.

Islam advocates for the decent treatment of animals and slaughtering meat must be done in a clean and humane way to avoid the suffering of the animal.

He has only forbidden you dead meat, and blood, and the flesh of swine, and any (food) over which the name of other than Allah has been invoked. (Qur’an 16:115) 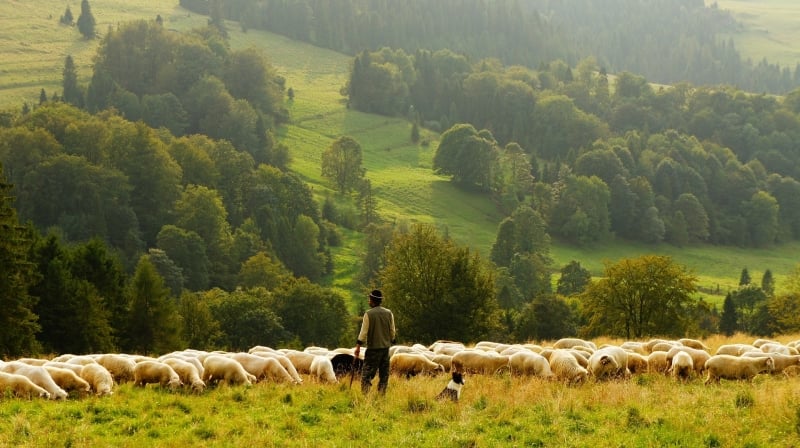 Animal cruelty is absolutely forbidden in Islam. This has been exemplified by the Prophet Muhammad PBUH who always treated animals with love. Abuse and unjust killing of animals is unlawful and contradictory to the Islamic principles of balance (Mizan) and justice (Adl).

Islam enforces that we treat animals with dignity, especially those raised for slaughter. It has been stated that the best meat comes from an animal that has lived a good life. They have to be raised, fed and allowed to act in the most natural way. As Muslim consumers, we are also reminded to be mindful and avoid overconsumption. We consume what we need and not in excess.

Water is important for all beings to survive. Whether for baptism among Christians or ritual bathing called mikvah in Judaism, water is an integral part of any faith. Of course in Islam, before performing acts of worship, Muslims would first perform ablution or wudhu’.

Water is a shared resource. Water is a resource that comes from God and who are we to withhold it from those who need it. Muslims are to be mindful with how much water they use, especially during ablution. We are all responsible for not only ensuring that we don’t waste this valuable resource, but that everyone has access to water.

And We send the winds fertilizing, then send down water from the cloud so We give it to you to drink of, nor is it you who store it up. (Qur’an 15:22)

Besides reducing the wastage of water, Muslims are encouraged to avoid purchasing bottled water. Firstly, bottled beverages create toxic waste when we discard the plastic bottles. Moreover, many Islamic scholars have argued that selling water is an unlawful practice.

The Shariah law stipulates that water shouldn’t be attached to a cost for profit. Our purchase of bottled water actually empowers these big corporations to profit off a resource that is readily available in our pipes.

In essence, being a good Muslim is not solely exclusive to ibadah. As Muslims, we could also serve our Creator in terms of caring for our environment and combatting climate change as a whole. It is vital that we are vigilant in managing our natural resources and decreasing our carbon footprint.

Whether it’s by using public transportation or eliminating straws, everyone plays a part in ensuring that we leave this Earth in a better condition than when we entered it.

Previous ArticleEarth Day: 8 Muslim-Friendly Ways to Live a Zero Waste Lifestyle
Next ArticleRamadhan 2019: 7 Ways to Prepare for the Fasting Month